by Debraj Shome
in Oculoplasty, Plastic and Reconstructive Surgery
0

Acid & Alkali Throwing, Chemical Acid Burns on ladies & The Terrible Consequences: ‘We lost everything, however the crooks who tossed acid at me walk free’: Agony of acid attack victim forced to go on India’s Kaun Banega Crorepati (who desires To Be A Millionaire) to spend for 27th procedure – Sonali Mukherjee in a meeting with Daily Mail Newspaper, United Kingdom. If you don’t comprehend yet what acid burn victims go through, you’ll, as soon as you look through (below) this pretty Indian girl’s pictures prior to acid burns and post the damaging acid tossing event, which changed the woman’s life forever! 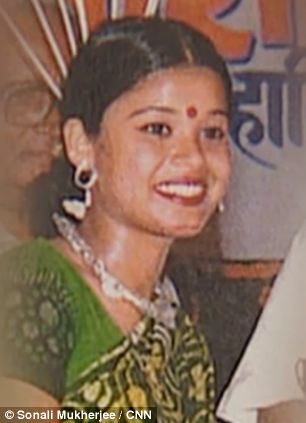 Sonali stated the acid, generally utilized to cleanse rusty tools, thought as if she had been ‘thrown into a fire’ and said she was at intolerable discomfort for the very first four months. She had been a bright pupil in her hometown of Dhanbad, in the state of Jharkhand (eastern Indian area), at the time of the assault, which saw her drenched in Acid (also known as Tezaab in Hindi). The woman attackers are presently out on bail.

Acid throwing, also called an acid assault or vitriolage, is a type of violent, criminal attack, defined as the premeditated act of tossing acid (hydrochloric acid, sulfuric acid, nitric acid, hydrofluoric acid) or other comparable, dangerous, corrosive chemical substances, onto the body of another individual being, “with the intention to disfigure or kill”. Perpetrators of these assaults splash acid at their victims, generally at their faces, burning them, melting and harming skin cells, frequently exposing and often dissolving also the bones. The long lasting effects of these assaults may comprise of loss of vision, as well as permanent scarring of the face and human body, along with far-reaching social, emotional, and financial problems. Countries usually connected with acid attack consist of Bangladesh, India, Pakistan, Nepal, Cambodia, some parts of East & Southern Asia and Africa.

The medical effects of acid and alkali assaults are therefore substantial, that a comprehensive description of the exact same is beyond the range of this blog post. But, in basic, it would be safe to state that chemical injuries cause a type of tissue wreckage, which is unparalleled by any other type of damage or injury.  In essence, chemical injury MELTS and destroys all tissue and also their blood vessels, such that any efforts at surgical (plastic & reconstructive surgery) reconstruction are almost totally prevented. As soon as acid has damaged the epidermis, a person will NEVER look normal ever again. Vinyl surgery can try to fix minimally, but can NEVER ever reverse this harm!

As a vast majority of acid assaults are directed at the face, a number of articles have completely assessed the health implications for these victims. The chemical can quickly consume away skin, the layer of fat beneath the skin, plus in some instances also the underlying bone. In addition to these above-mentioned health results, acid assault victims additionally face the chance of septicemia, renal failure and demise. The painful paradox is acid destroys the lacrimal (tear) glands too, so the target will NEVER be in a position to cry even at their fate! It’s a surprising criminal activity, no matter where it’s dedicated, acid tossed in someone’s face, making the target burned, maimed and disfigured. Unfortunately, it occurs much more usually than you think around the world, plus in majority of the cases, the victims are ladies.

In patriarchal societies like India, females are usually viewed as an object, instead of being perceived as individuals. If a girl has rejected a guy, the first response appears to be to ‘teach the girl a lesson for lifetime OR a medieval sadistic idea of ‘if you cannot be mine, you cannot be anybody else’s either’. It’s also a sense of misplaced priorities of successive Governments in Asia, that acid/ alkali and other corrosive chemicals continue to be available freely and are offered across the counter also. Sure, some efforts are now being made to necessitate an ID prior to acid being bought, but seriously in a nation where ID’s are a dime a dozen, does this even start to have any impact!?

It’s imperative that we, as a culture, engage in a discussion or in a judicial procedure using the federal government. We have to-do this to get a stricter set of laws and regulations, to get better, more constructive discipline and to get better rehabilitation services for the survivors. Certainly, as a culture, you want the acid assaults survivors to come out and be confident people, as they had been before the assault, but clearly in this situation prevention in time is really worth more than nine!

One definitely has to concur that the criminal activity cannot be completely managed by regulations and laws. We are required to force a modification in the mindset of the individuals: In the way individuals treat other people, in the manner men and society, treat their women, in the means lovers probably get into relationships. Men and women should comprehend that rejection or non acceptance or disagreement does not imply you’ve got the permit to scar another human’s face. It’s this type of education that can be most likely propagated through flash mobs, through street plays (performances on roads), through social news promotions, through the manner we bring up kids in culture and just what we teach them.

In summary, acid / alkali / chemical injuries are amongst the most difficult issues for plastic & reconstructive surgeon to cure (treat). No amount of skill or surgery can replicate the face as it had been, prior to the accident/ incident plus in vast majority of the situations, we can also not provide the sufferer a functionally regular life. I’m not a reformer, but having seen the terrible harm produced to an individual by acid tossing (vitriolage assaults), it’s hard for me not to concur that this terrible criminal activity is one of the couple of instances where also a demise phrase may be light discipline for the perpetrator. I’m certain the only justice a sufferer would concur is appropriate, would be a comparable acid attack perpetrated by her on her attacker, so that he understands exactly what it seems to be “burnt and charred, beyond recognition”.

Rhinoplasty, usually alluded to as a nose surgery, as it is a medical procedure to change the state of your nose by adjusting the bone or...

The Oculoplastic Surgeon in India: Read the Factors Before Selecting the One

Eyes are considered as one of the most important facial features. This is a very first thing which people notice about you. The features of an...

Plastic surgery is the surgical process to reconstruct or rebuild any human body part. This process is conventionally meant to refine the some of the permanent...

Expressions speak louder than words. This holds true and the one s that are held responsible to show the expressions are the eyes. They are just...